“In the modern age, I believe it is essential for working conditions to be as flexible as possible, particularly for those with a disability. And there is no reason why this should not extend as far up as parliament, the institution responsible for dragging us all legally towards the next century.”

“Job-sharing is increasingly accepted in the world of work. People recognise that they get fantastic value from two people working together for the price of one, and job-sharing makes it possible for thousands of individuals to work who otherwise would not be able to do so.  Parliament should be leading by example. I have seen no good argument that would suggest that job-sharing could not work either for ministers or MPs.” 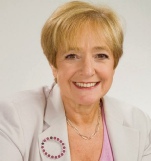 “To be honest, I don’t like parliament, but I’m very interested in politics and the way our country is run. You see, I don’t like parliament because it is not representative of the people of our nation. If job sharing is already making workplaces in the commercial world more diverse, it will do the same in parliament. It seems so easy really. If that institution is going to represent us, the way it works should be flexible, caring, and sharing. Just like we all should be.”

“It's simple! Political job sharing not only means more opportunities for many  more people, particularly those usually squeezed out:  women, BME communities, and the disabled, but also it allows the possibility for unleashing a deluge of hidden talent.  And here's the point: everyone benefits when talent can flourish.”

“We desperately need a parliament more representative of British society, with MPs bringing a broader range of life experience and skills to debate, which allowing job-share MPs would facilitate.

In particular it would allow more women, particularly those with caring responsibilities and more disabled people, to consider becoming MPs.

When the Green Party launched a call for job-share MPs in September 2010, it got a lot of attention and interest, and since then the issue has attracted further support. There's been plenty of discussion on the issue - now we need to get strong support for John McDonnell's 10-minute rule bill on the move.”

“This is not an issue about supporting a few more members of the elite to get into Parliament. For many disabled people, the current political agenda can literally be a matter of life and death. If job-sharing means we can get even a handful more disabled people into Parliament, the effort will be well worth it in terms of having a better chance of getting our voices heard in critical policy debates affecting our future.”

“Policies approved by Parliament need to be informed by first hand experience of the lives of the people they affect. That is why the House of Commons needs to be more representative and to have more disabled MPs. Job-sharing would enable many more disabled people to offer themselves for election and should be introduced soon.”

Gone but not forgotten

“Job sharing for MPs will change the make up of House of Commons and encourage other workplaces to adopt such measures. A win win.”

“I want more ‘normal’ people in Parliament, not a shedload of political hacks who obsess about politics 24/7 but don’t really understand what life is like on the ground. Parliament needs to get real – and have more women MPs, more MPs with disabilities, more MPs from diverse backgrounds. Job-sharing will help make that a reality.”

“Job sharing is something that needs to be encouraged in all employment areas. MPs should lead by example.”

“Radiate is a peer network for disabled leaders. We are supported by Disability Rights UK and Lloyds Banking Group. Some of us work full-time; some part-time; some jobshare. Radiate believes people should be able to jobshare as MPs to ensure that Westminster can genuinely represent the whole of the UK.”

“The Liberal Democrat Campaign for Gender Balance believes that job-sharing can bring new people into Parliament - people with wider perspectives and broader life experience. Job-sharing has a track record of success at senior levels in the professions, business and civil service - it's time for the Westminster bubble to catch up with the real world.”

“I believe that a job share option for MPs would be good for taxpayers, good for politics and good for our community.

Good for taxpayers because the productivity of the two job sharers would be greater. Good for politics because our political system would benefit from more diverse points of view which would lead to better decisions for everyone. And good for our community because our representatives would look more like the people they serve.  What's not to like?!”

“The problem with Parliament is it is dominated by the ‘professional classes’. John McDonnell MP’s Bill would allow people from all walks of life, all backgrounds and abilities a chance to experience life as a Parliamentarian, something that is extremely difficult to do if you are outside the main party network.

Parliament needs a radical shake-up in the way it does things and the chances it gives to people to become an MP. John McDonnell’s Bill gives people from less privileged backgrounds a real opportunity and that is why I was pleased to support it.”

“Jobsharing has for a long while now allowed disabled people, those with significant caring responsibilities and the parents of young children to balance their lives. The benefits include more people in work who could otherwise not be, the retention of valuable talents and the diversity of experience that brings greater innovation and insight to private, public and third sector organisations. These benefits apply in spades to Parliament, which is supposed to represent the British people but fails on many counts – not least in relation to disability and gender. That is why Disability Rights UK supports the Job Sharing for MPs Campaign.”

"A sensible approach to job-sharing in the House of Commons is long overdue. Talented disabled individuals from all walks of life and should be actively encouraged to enter political life and represent their communities. We all benefit if we have a parliament which is more inclusive of a broader range of experiences and backgrounds. Business Disability Forum  is proud to be supporting the campaign to open up job-sharing to parliamentarians; many of the businesses we work with routinely offer job-sharing to their employees."

“I support John McDonnell MP's job sharing initiative as it promotes equality and would enable more people from under-represented groups, including those with disabilities, to be better represented in Parliament. I think job sharing in politics is an important issue which I will also take up in the European Parliament.”

“It should come as no surprise to any woman or disabled person that the majority of white, middle-class, non-disabled males want the House of Commons to continue in its antiquated form without any prospect of job-sharing being made available to women, disabled people or those with caring responsibilities.”

“The legal responsibility to make reasonable adjustments applies to all public bodies and Parliament should not consider itself immune from that position.  This Bill will introduce real benefits and not just to society but also to the perception of the House of Commons in recognising and accepting the complexity of society.”

“The NHS has a good record of retaining skills by allowing job sharing. I was able to benefit from this for many years and have seen first hand how job sharing can bring a greater range of skills and expertise to a post, benefiting those who use the services as well as those sharing the role.

Disabilities are underrepresented in Westminster and I see no reason why job sharing for MPs could not be trialled within Parliament.”

What our supporters say

“I wholeheartedly agree with the proposition that we should all be allowed to job share. It would have its challenges but I am sure with the political will they could be overcome.”